Since Tom Brier’s accident in 2016, the question from most fans and supporters has been “where is Tom now?”. Tom Brier is currently in a rehabilitation center undergoing treatment.

Tom Brier is the kind of player that will make you fall in love with his style at first listen. If you don’t know the name Tom Brier, this article will introduce you the ragtime piano genius.

Where Is Tom Brier Now?

Tom is in a neurological rehabilitation center where he is currently undergoing occupational therapy.

He was recently moved from the hospital he had been since his accident to a neurological center for occupational therapy on mobility and speech.

Yes, Tom Brier is alive. He spent a while in coma and many presumed him dead. However, after some time he regained consciousness and can now respond to sound and stimuli.

Tom does not have an active social life because he is currently facing a serious neurological condition that has restricted his movement.

He currently can’t even play the piano properly. But, his condition has been improving a lot at the neurological center.

From a ragtime piano genius, Tom is now more of a shadow of who he used to be. Although he has greatly recovered from the accident, he can barely move his body.

However, he has gotten back his consciousness and has been moved to a rehabilitation center to help him gain control of his motor ability. He is currently undergoing 5 days week rehabilitation program where has his apartment.

Since the accident, he can barely talk nor carry out any extensive motor functions. Therefore, his neurologic rehabilitation is an occupational therapy to help him improve his speech and motor function.

Tom Brier was born in Stanislaus county of Oakdale, California in October 1971. He grew up in the farming community of Sacramento.

However, he started his music career a bit earlier at the age of four. This was possible as a result of the piano his father bought when he was 4. He has since been exposed to ragtime style and became a real genius in it. 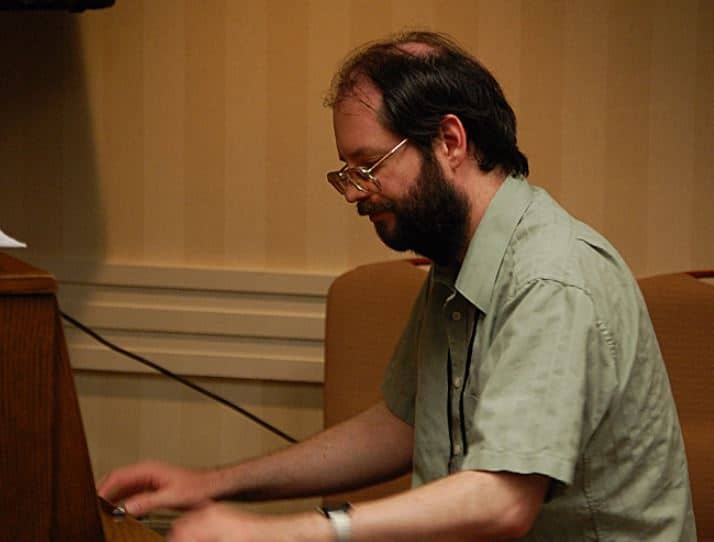 To make him better, his parents employed a music teacher who taught Tom piano. Even while he was still learning under his music teacher, Tom wrote the score to several ragtime piano pieces he heard.

Soon, he started writing his ragtime piece with his first major shot at writing his original piece was in 1982 which he called “Pine Cone Rag”. He was just 11 at the time, and by the time he was 14, he started attending the Sacramento Ragtime Society gathering.

By 1989 he had won over the attention of the president of the ragtime society who allowed him to perform at the west coast ragtime festival in the same year.

That was his first performance and he has been headlining the show ever since.  In 1993, Tom Brier obtained a bachelor of Science degree from the California State University in Computer Science.

A great characteristic that made Tom Brier able to easily win over everyone that saw him play is his incredible left-hand use. This became the hallmark of his piano playing skills. He plays the piano in a style that makes his left hand attack the piano’s lower half in an aggressive staccato. He displayed great interest in the ragtime piano style in a manner that attracted everyone that saw him play.

Another unique skill he displayed was a deep knowledge of the old ragtime music styles. Tom Brier was a great lover of ragtime music and a great composer. By the year 2006, Tom had composed close to 200 piano pieces with over 100 of the pieces being Ragtime pieces. Although Tom Brier is a ragtime lover, he has also explored other closely related styles such as the foxtrot, classical piano, and step piano amongst others.

According to a report, on the 6th of August 2016, Tom Brier was involved in a serious accident. The accident had been caused by an overspending truck which smashed Tom’s car very badly against another car.

The severity of the accident had left Tom with a very severe brain injury that put him in a coma for a while. Even though he had since recovered from the coma, he is still unfit to play the piano like he used to.

It will be a bit hard to ascertain Tom Brier’s net worth. Although Tom Brier had recorded 8 albums before his accident, still, it will be difficult to estimate his worth just on this premise.

However, there have been donations from friends, family, and supporters to support his treatment.

A notable source of support is the friends in South Carolina. Although these friends are closest to him as a function of the rehabilitation center, they have proven helpful and supportive.

This makes him exactly 50 years old in 2021 and has been hospitalized for 5 years – moving from the hospital to the rehabilitation center.

In 2008, Tom Brier got a big boost for his career when he sight-read and played the Super Mario World Ending Theme.

Aside from the fact that Tom Brier is an astonishing ragtime player with great Skill in improvising, he is also an amazing sight-reader.

What made the Mario theme even more popular was the fact that he had never seen nor played the piece before, but surprisingly he didn’t just play it well, he also improvised. Many pianists have also tried to replay the piece from the viral video.

The good news is that Tom Brier is still alive, although he is not in perfect shape to play the piano. However, it is the hope of his fans, friends, and family that one day he will not only be able to compose ragtime piano pieces but will also be able to play them. You can also check out another child prodigy who became a famous piano player, James Pavel Shawcross.