Home Tips What Is Polyphony in Digital Piano and Why Should You Care? 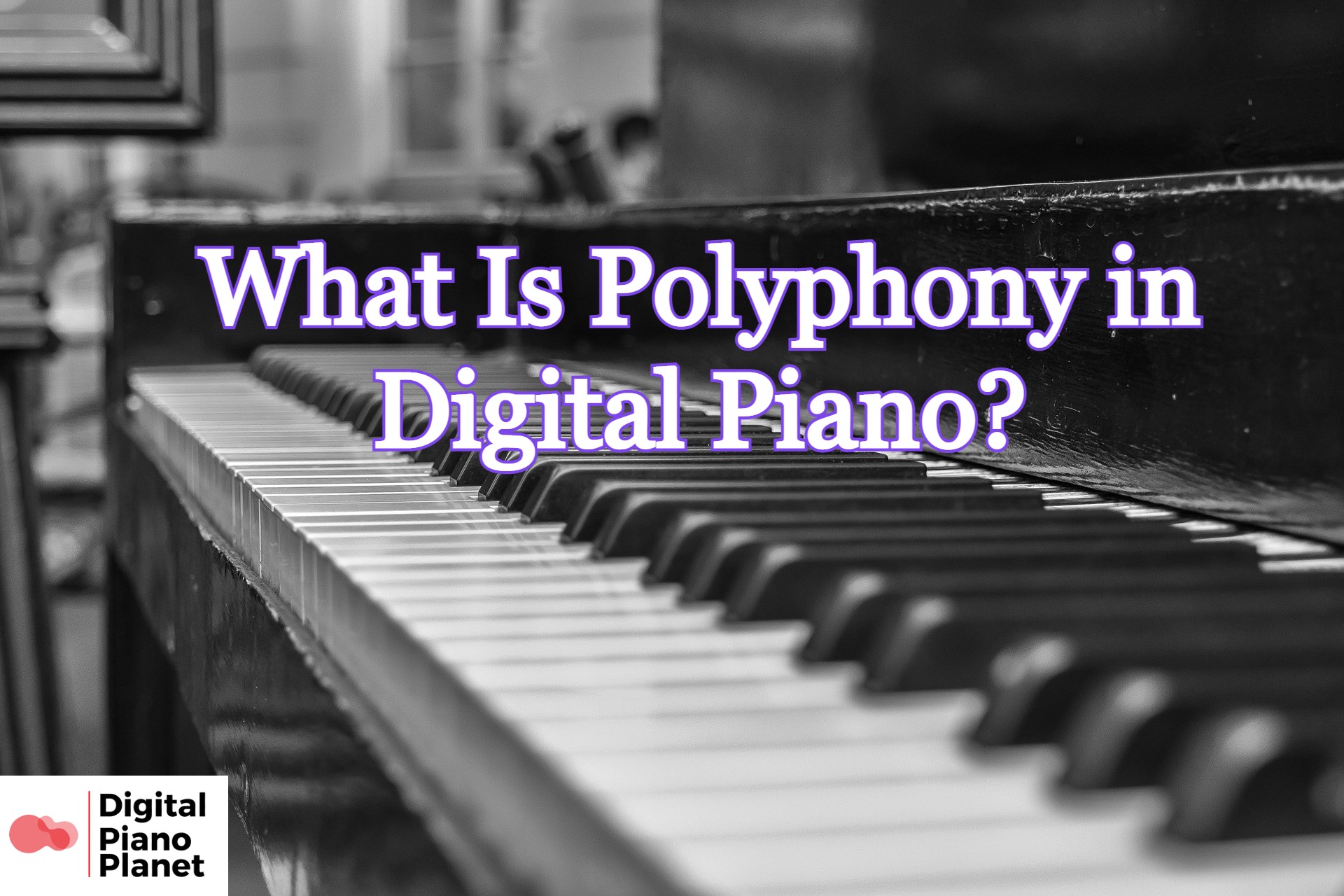 What is polyphony in digital piano? Polyphony is a term that refers to the number of notes that you can play simultaneously on a digital piano. It’s what makes the difference between a toy and an instrument. If you’re not sure what type of digital piano you should buy, then it would be wise to invest in one with more than one octave worth of polyphony (8+).

A lot of people have trouble understanding what polyphony means when they are looking for a digital piano. If you’re an avid reader of anything to do with digital pianos, I’m sure you’ve come across the word polyphony many times.

A digital piano is an instrument that functions in a similar way to what you would find on a traditional acoustic piano. It has 88 or 100 keys and it produces sound through the use of “synthesized sounds.

A good way to understand polyphony is taking this example below.

For instance, if you want to play a 3-note chord with 1 note melody, you’ll need to have a keyboard with a capability of at least 4-note polyphony. Most of the keyboards and sound modules you’ll find in the market today have 64-note to 128-note polyphony. Although a few digital pianos can play multiple notes at once, a lot of people prefer playing complicated, multi-part layers that demand much more polyphony than a single instrument sound would ever need.

You should always consider the polyphony of sound modules or keyboards before purchasing. For example, let’s say that you are playing a generous sound made up of four simpler sounds. If you have the most polyphony available at 64 notes, then dividing by 4 and rounding down would give you 16 as your allotted polyphony per note (64 divided by 4 equals 16).

You also need to keep in mind that some high-end digital piano models can use up to 8 polyphony elements per voice.

ALSO READ: 5 Reasons Why Digital Pianos Are So Expensive

What Happens When You Exceed the Maximum Polyphony of Your Digital Piano?

This mostly depends on the sounds that you’re layering and how you’re using the instrument. Take for instance you have 4 layers which include; acoustic, electric piano, string pad, and one vocal pad. If you step on the sustain pedal and play the same notes repeatedly, you’ll start hearing the sound building gradually and getting thicker. This happens as the layers continue to play because you’re holding down the pedal.

You have to remember that the piano is a percussive sound, which is also similar to an electric piano. Therefore, when you’re holding the pedal down, these notes tend to decay. Although they may not be gone, the decaying happens to the earliest played notes. This makes them end end up being buried under other notes.

Although the string and vocal pads will continue to sustain as long as you’re holding down the pedal, any other polyphonic sounds will have their voice cut off when you release the pedal.  When you exceed the polyphony in digital piano polyphony, you’ll start hearing a buzzing sound as if you’re pressing two strings simultaneously.

Unfortunately, 32-note polyphony is barely enough. This is because it will only give you 8 notes of polyphony for your pad. This is not considered enough, especially if you have a pad with a long release. Therefore, if for instance, you happen to play a quick progression of 4-note chords, you’ll find yourself stealing notes very soon, which is not convenient.

How Much Polyphony in Digital Piano Is Enough?

128-note on polyphony in digital piano is considered reasonable because it offers players flexibility. Nevertheless, this polyphony count is only enough for an average player. Advanced players require a higher number of polyphony such as 256-notes on polyphony.

What Is the Difference Between Homophonic and Polyphonic?

Homophonic refers to music that includes many notes at once, but they are all moving in a similar rhythm. Polyphonic, on the other hand, describes a web of autonomous melodies, with each contributing to the texture and harmony of the piece. But, it is a separate and independent strand.

When it comes to recording, then 4-voice polyphony is enough. However, most people prefer 5-voice polyphony because you’re able to play octave bass notes and chords with your right hand. The good news is that with the Polyevolver you can make the bass a mono synth that sounds better.

How Important Is Polyphony in Digital Piano?

Polyphony is quite crucial in digital piano because buying a keyboard with a low polyphony will frustrate you. This is because as you build your skill to the next level and try to make music, the sounds will keep getting cut off, thereby causing you a lot of issues or frustrations. This is why it’s important to have a good polyphony count on any digital piano you want to buy.

Overall, polyphony in digital piano is what allows you to play chords. This is what makes it possible for one person to sound like an entire orchestra, and if you keep this in mind when shopping for a digital piano, you’ll be able to make the right decision with ease.